One Thing That Surprised Me

Well Maybe More Than One… 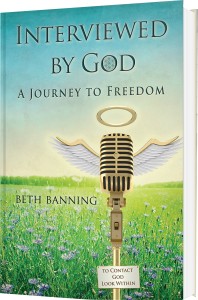 How can such a deeply felt flash of motivation turn itself – like a switch – on and off so quickly? How come it is so easy to feel inspired, but so hard to sustain that feeling and transform it into action? Sure, we would like to spend more time with friends, but our schedules make it difficult. Of course we would like to maintain a healthy diet, but there are always donuts at the office.
I was INSPIRED to write Interviewed by God. I’ve been a writer for a very long time. I’ve written books, blog posts and articles. I have written and created seminars and workshops. But when I went to write this book about my spiritual awakening , it was very HARD! For days and hours at a time, I wrote nothing to speak of. I felt uncomfortable and even irritated as I sat in front of the computer. It was as though someone had taken me, and like a wet rag, wrung all the creativity out of me.

I was guided to write this book, or so I thought, which made me wonder, why was it being so hard? Why could I feel so inspired, but not reach the source of that inspiration? What was blocking me? What would be possible if I could easily reach and settle into that spot inside of me where inspiration sits?

One day I screamed out loud as if someone was listening. “If this book is supposed to be written, then send me someone to interview me.” The interview idea was a strategy I learned from another writer. All of a sudden I heard a voice say, “I’ll interview you.” I must be going insane I thought. Then I heard, “I’ll ask and you answer.”

I still thought I was probably going crazy, but it worked. From that point forward, the writing came easily. I call my source of inner-knowing God. Reaching that source inside of me was like snuggling with the source of inspiration. That’s the second thing that surprised me, after that event, it all came easily. When I got stuck and didn’t know what to write, I always heard another question, and then I simply answered it. That’s why my book is called Interviewed by God.

But deciding on the title wasn’t as simple for me because who the heck was I to be Interviewed by God? So I asked God that question and the answer was the third surprise. The answer not only gave me the confidence to title the book Interviewed by God, but also helped me to finally settle in to that source of inspiration. Now when I’m touched with new flashes of inspiration, instead of feeling around, seemingly in the dark, I go INSIDE and turn on the light switch. The answer I got from God? Well, that is in the book. ;o)